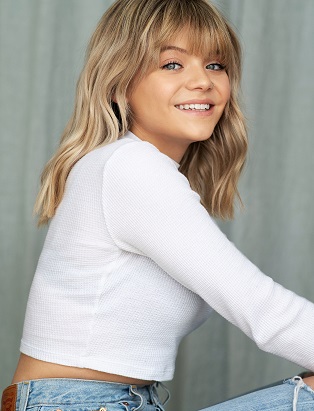 BIOGRAPHY
Shanti shot her 1st shot "En attendant le Royaume" by Guillaume Colin in 2012. At the age of 8, she has her first feature film role on "L'Ange Gardien" by Sebastien Lord.

Following this, she has many role on various television series and films, such as the touching role of Rose in "Paul à Quebec" by Francois Bouvier, "Ruptures" as Sacha (recurring).

It is on 2017, that Shanti books the star role of Amelie in "Amelie et Compagnie" youth TFO televison series for 4 seasons.

Lastly, Shanti is recurring on Conseil de Famille and Clovis for the past 3 years as Fanny.