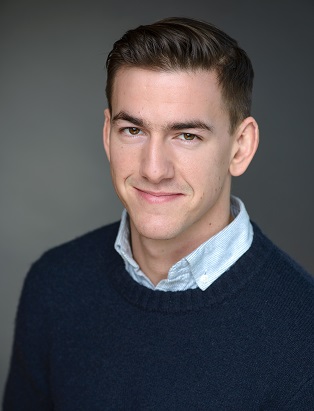 BIOGRAPHY
Robert d'Entremont’s acting career began in a high school improv competition; where he won the people's choice award in 2007. In 2008, d'Entremont was cast as Tybalt in the regional French musical Romeo et Juliette which sold out for a week long run at Th'Yarc theatre in Yarmouth, Nova Scotia. After high school Robert was selected as one of 18 students accepted into Concordia Theatre performance program; where he worked as an actor on a total of six productions. After receiving his Bachelors of Fine Arts at Concordia, Robert was accepted into the Tom Todoroff Acting Conservatory in New York City. While studying abroad he had to chance to act in two off-Broadway plays at the New Comedy Theatre. With 11 plays under his belt, he soon began his television début on an episode of Patrice Lemieux 24/7, where he was cast in the first two seasons. He has also appeared on popular francophone TV shows such as 30 vies, Mensonges and Un tueur si proche. His recent film credits include Maz as well as starring in the critically acclaimed film Les Rois Mongols. Recently Robert has been turning his focus towards writing and producing his own work. In 2016, he created his own web series, which he shot entirely on his iPhone. The series OPEN, which is soon to be released, was not only written, produced, and directed by d’Entremont, but also stars the actor himself.
FILM