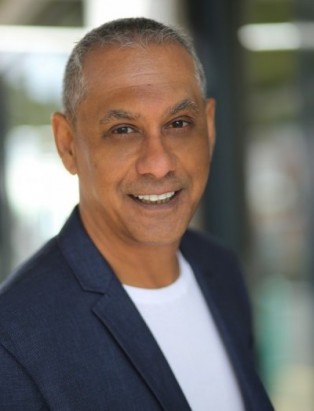 His first film role was the co-lead in in the award winning film ‘My Beautiful Laundrette’ playing opposite Daniel Day- Lewis. This lead to other film roles including Franco Zeffirelli’s ‘Young Toscanini’. ‘London Kills Me’ and ‘The Pleasure Principal’. He can currently be seen in the Canadian feature film Venus.

He has worked extensively in television and theatre and has appeared in Dr Who, A Fatal Inversion by Barbara Vine and was seen recently in the long running British television drama ‘Holby City’ appearing as a guest artist.

Theatre has included a season with the Royal Shakespeare Company in London (Julius Caesar, Three Sisters, The Jew Of Malta), Blood at The Royal Court Theatre, a national tour of Ibsen’s An Enemy Of The People playing Peter Stockmann and a tour of Monkey Bars which won an Edinburgh First award.

Gordon also directs and writes and runs his own film company One Step Beyond Films.