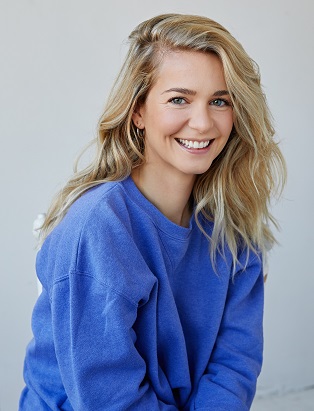 BIOGRAPHY
Charismatic by nature, Gabrielle started acting at a young age starring in commercials for Jean-Coutu and Pampers. As she got older she started embracing her passion by completing a DCS in theatre at Collège Jean-de-Brébeuf, where she participated in several productions and got involved with the theatre company Le Vaisseau D’Or.

Mainly self-taught, Gabrielle has a various background that has led her to listen to her intuitions.
Carefully keeping her acting career as a sincere aspiration, she followed several training courses (Anik Mattern, Julia Lenardon, Danielle Fichaud, Mélanie Pilon ...).
Over the past few years, she’s been in recent short and feature films (Genesis), music videos (Coeur de Pirate, Jean-Michel Blais, Ariane Moffatt) and television programs (Jenny, George is dead, Ruptures). In the summer of 2018, she renewed her love for theatre by playing Isabelle in the play TEN at Espace Libre.
Gabrielle has always been keen to approach human behavior through creation, which she did by directing and starring in her first production Bouche à bouche de l'Ordinaire, presented in the summer of 2019 as part of the Fringe Festival.